Back to Blog Posts
Prev Next

The 10 Most Common Questions Asked About Fort Worth, TX [With Answers] 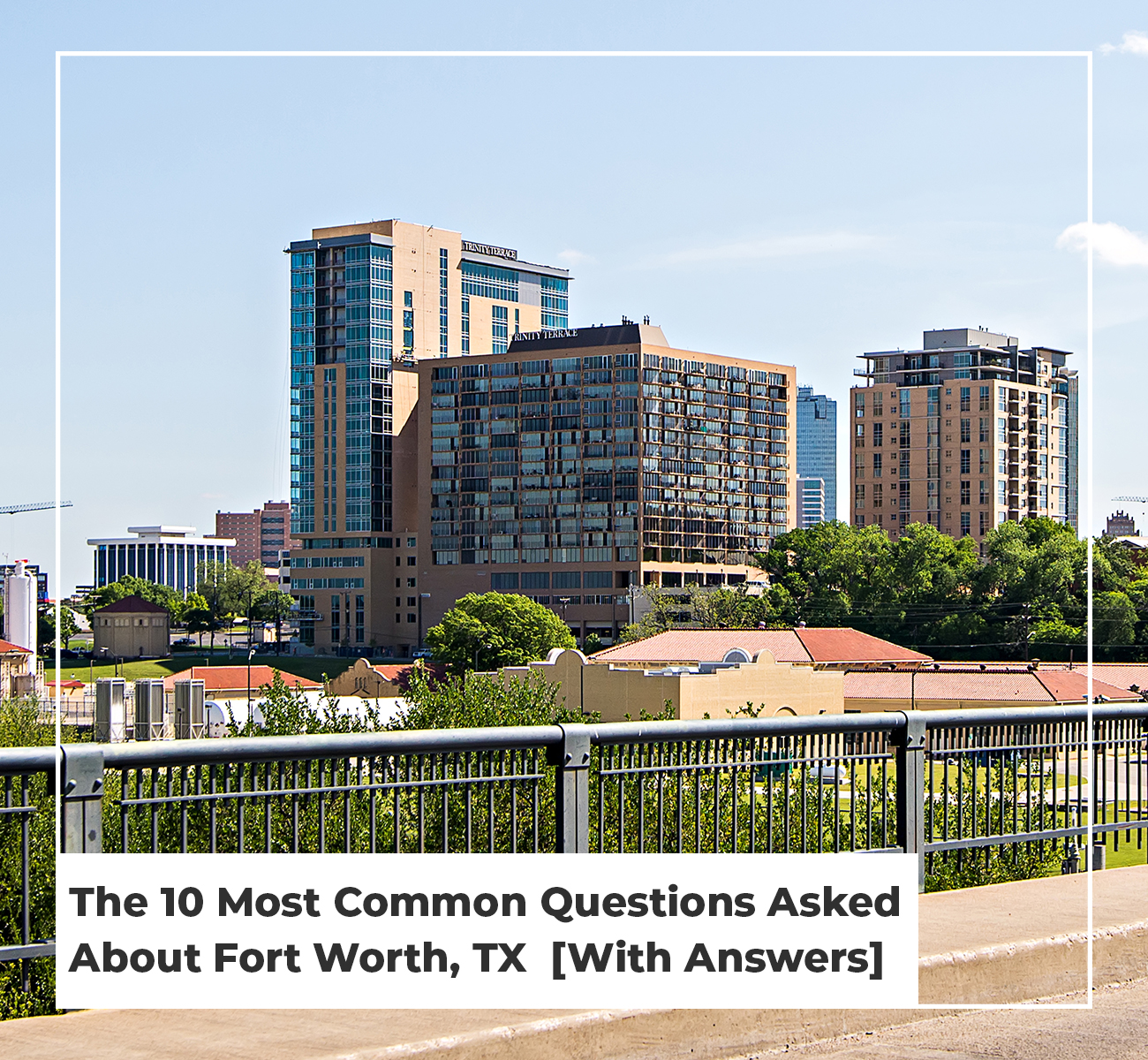 Fort Worth is the fifth most populous city in Texas and one of the fastest-growing cities in the country. The city has an estimated population of approximately 938,000 residents within its boundaries. Fort Worth is also only about 30 miles away from Dallas, making it a great place to live if you want to be close enough to enjoy amenities but not so close that you feel like there’s no escape when things get too busy or noisy.

Fort Worth’s history goes back more than 200 years with Native Americans inhabiting the area long before European settlers arrived. The first Europeans came through what would eventually become Fort Worth on their way west during America’s expansion following the Louisiana Purchase by President Thomas Jefferson. But, Fort Worth’s history as an actual town begins in 1849 when American soldiers were sent to the area to build a fort and protect new settlers who were crossing westward on what is now known as the historic Chisholm Trail.

Fort Worth has since grown into one of the largest cities in the state and is home to a variety of businesses, cultural attractions, and recreational amenities. If you’re considering moving to Fort Worth or are just curious about what the city has to offer, here are the 10 most commonly asked questions about Fort Worth, TX, with answers.

Where is Fort Worth, Texas?

Fort Worth is located in the north-central region of Texas. It’s about 30 miles from Dallas, 174 miles from Austin and 240 miles from San Antonio.

The city is part of the Grand Prairies Ecoridge which is also part of the Cross Timbers Region. Making up a total of 349.2 square miles, Fort Worth is located within the Dallas-Fort Worth-Arlington Metropolitan area.

What County is Fort Worth, Texas In?

The city of Fort Worth is located within and is the county seat of, Tarrant County, Texas. Tarrant County has a total population of just over 2.1 million people making it the 15th-most populated county in the country.

Established in 1849, Tarrant County was named for General Edward H. Tarrant of the Republic of Texas militia. In all, Tarrant County covers a span of 902 square miles and is surrounded by Denton, Dallas, Ellis, Johnson, Park and Wise counties.

Tarrant County is home to nearly 20 different school districts which either fully or partially lie within the county boundaries, as well as dozens of private and charter elementary, middle and high schools.

What Time Zone is Fort Worth, Texas In?

Fort Worth is located in the Central Standard Time Zone. The state of Texas is divided into two time zones: the Central Time Zone which covers most of the area and Northwestern Culberson County near Guadalupe Mountains National Park unofficially observes Mountain Time.

How Many People Live in Fort Worth, Texas?

What is the Zip Code for Fort Worth, Texas?

The city of Fort Worth covers a total of 63 different zip codes. These codes all begin with 761 with the exception of one which is 762. The zip code for the downtown area is 76102. 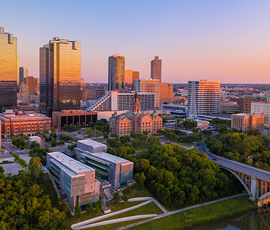 Moving To and Living in Fort Worth, Texas

Historically, The Economy of Fort Worth has been Associated with what Industry?

Fort Worth is a city in Texas that was the center of the cattle drives and then ranching. The city got its nickname "Cowtown" because people drove cows there. The city has stayed true to its roots in many ways and the Fort Worth Stock Yards are still a major part of Fort Worth's identity.

During World War II, the Fort Worth Stockyards processed 5,277,496 head of livestock making 1944 their peak year. Unfortunately, this would be a short-lived victory as they soon began to decline after railroads were no longer able to take advantage due in part to newly paved roads that gave rise to lower costs and greater flexibility offered by trucks vs trains allowing people all over America to choose where they wanted goods shipped from rather than simply coming into one large marketplace like before.

Today, Fort Worth's economy largely lies in a handful of sectors which include Aviation & Aerospace, oil & gas, and trucking & logistics.

How Big is the Dallas-Fort Worth Airport?

Dallas Fort Worth International Airport (DFW) is a mecca of international travel in the Dallas-Fort Worth area - with its own zip code and city designation! For reference, the airport is larger than the island of Manhattan and is the third-busiest airport in the world.

Falling roughly halfway between Fort Worth and Dallas, the DFW also spreads into parts of Dallas and Tarrant counties and spills into portions of Irving, Euless, Coppell and Grapevine. The DFW is the largest hub for American Airlines and has services to over 200 destinations throughout the world.

What is There To Do in Fort Worth?

There isn't much that one can't do when in Fort Worth, Texas. The city is filled to the brim with amenities, activities, entertainment venues, restaurants and shopping opportunities.

Here are a handful of popular things to do and see when in Fort Worth:

Fort Worth Zoo
Founded in 1909 with just a few animals, the Fort Worth Zoo now houses over 7,000 animals across 500 species and has been named one of the top zoos in the United States.

Fort Worth Stockyards Historic District
The Stockyards are a great place to get lost in the nostalgia of Western history. From old brick walkways and wooden corrals, every inch tells stories about Texas’s famous livestock industry.

Kimball Art Museum
The Kimbell Art Museum is home to one of the world's most extensive collections and travelling art exhibitions. The private collection started by Kay, Velma & George Kimbell has been augmented through donations from individuals who support their mission statement: "to inspire engagement with culture."

Fort Worth Botanical Gardens
If you're looking for a place that will captivate your senses and expand them in every way possible, look no further than this 120-acre garden paradise. One of the largest centers for botanical exploration around! With stunning views from our gardens to explore as well exciting exhibits galore including gift shops full accesspasses available - it doesn't get much better then the Fort Worth Botanical Gardens.

How far is Fort Worth From Dallas?

The total distance from Fort Worth to Dallas is 30 miles. However, if driving, it is 34 miles of roadway between the two cities. Depending on factors such as traffic and driving speed, the trip should take commuters roughly 35 minutes.

How far is Fort Worth From Houston?

If travelling to Houston, Texas via car, the total distance in between the two cities is 268 miles, which should take travelers roughly 3 hours and 51 minutes. The distance itself from Fort Worth to Houston is 237 miles, which is the direct line if traveling by plane, which is approximately 45 minutes.

If you are interested in visiting Fort Worth, Texas or want to know about the 10 most commonly asked questions before heading out there, then this article is for you. With a wide range of amenities and activities available to visitors as well as an excellent location between Dallas and Houston, it's hard not to see why people love coming here! If you're looking for more information on what Fort Worth has to offer as far as homes for sale and the real estate market - don't hesitate asking. Our team is always happy help answer your questions!

Reside Real Estate represents the region's finest properties with exceptional skill using the most innovative technologies currently available. Reside Real Estate offers ultimate privacy and security, speed, and efficiency. Their years of full-time experience have given them a clear understanding of the mindset of home buyers and sellers and a thorough understanding of the regional marketplace.

A local Fort Worth, Texas real estate agent is ready to help you find your dream home!

View Homes For Sale In Fort Worth, TX

Information is deemed reliable, but is not guaranteed accurate by the MLS or NTREIS. The information being provided is for the consumer's personal, non-commercial use, and may not be reproduced, redistributed or used for any purpose other than to identify prospective properties consumers may be interested in purchasing. Real estate listings held by brokerage firms other than Reside Real Estate are marked with the NTREIS IDX logo and information about them includes the name of the listing brokerage. 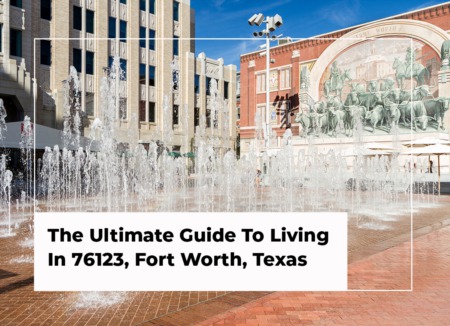 The Ultimate Guide To Living In 76123, Fort Worth, Texas

Fort Worth is a beautiful city with so many unique areas, and the 76123 area code has become a hot spot for those who are looking for a fantastic ...Read More 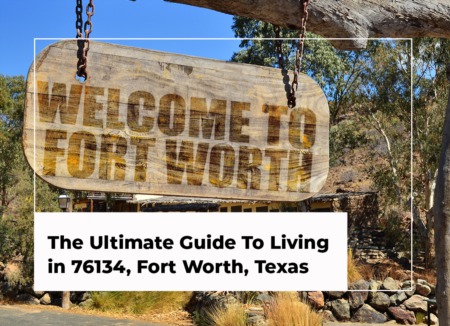 The Ultimate Guide To Living in 76134, Fort Worth, Texas

Fort Worth, Texas is the 13th largest and one of the fastest-growing cities in the US. Known for its deep roots in cattle ranching and Western ...Read More 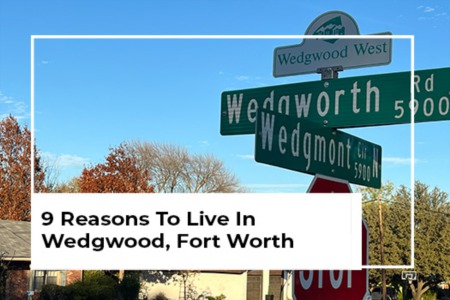 9 Reasons To Live In Wedgwood, Fort Worth

If you’ve been searching for that “hometown” feel within Fort Worth city limits, look no further than Wedgwood, a family-friendly ...Read More 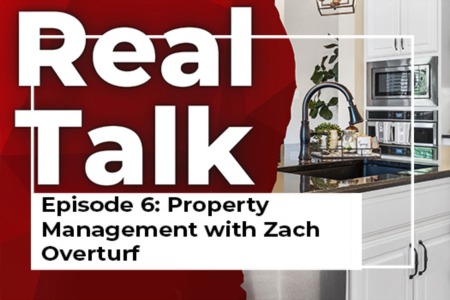 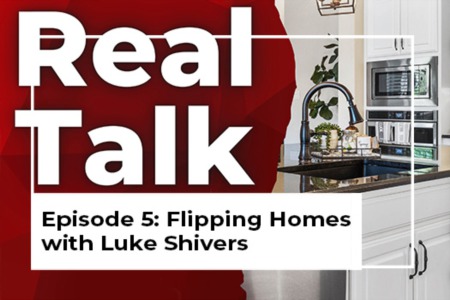