Find the newest home listings in Fort Worth, Texas today! Fort Worth is located in the beautiful state of Texas. The city is situated on the eastern edge of the expansive, North Texas Region and has a population of over 900,000. Fort Worth is also home to several state parks, golf courses, and outdoor recreation areas. There are several institutions of higher education, including Texas Wesleyan University, Southwestern Assemblies of God University, and Tarrant County College. Fort Worth is also home to the Kimbell Art Museum which is one of the most prestigious art galleries in the world. The city is known for the number of cultural districts which include the Cultural District, West 7th district, Heritage District, Stockyards District, and more. Of these cultural districts Stockyards District is perhaps the most famous for its rich history of cattle drives and prohibition-era activities.

Historic Homes For Sale in Fort Worth TX

Try a new search, or click below to get notified when matching listings become available.

Entertainment in Fort Worth is nationally recognized with events such as the Forth Worth Stock Show and Rodeo, The Texas Motor Speedway, Fort Worth Opera, Annual Fort Worth Arts Festival, Sundance Square, and several museums.

There are many different neighborhoods in Fort Worth that you could choose to live in, including Ridglea Hills, West 7th Corridor, Montgomery Plaza, Westover Hills, Fairmount, Ryan Place, Elizabeth Boulevard, Berkeley, Park Hill, Mistletoe Heights, and Diamond Hill-Jarvis.

In the early days of Fort Worth's history, the city was a prime stop for cattle drives and was known as Cowtown. Like many other American cities, it saw an influx of immigrants and entrepreneurs during and after Reconstruction. The wealth that they brought with them to the city resulted in the building of some beautiful homes – many of which are still standing today.

Back in the 1920s-30s, the majority of Fort Worth’s notable buildings were designed by either Sanguinet & Staats or Wyatt Hedrick.

Located beside the Eddleman-McFarland House is the Pollock-Capps House that is also on the National Register of Historic Places. The Queen Anne Victorian-style home, located atop a bluff overlooking the Trinity River, was most likely designed by Howard Messer. The home was originally built with wood but was rebuilt using brick since they were available during reconstruction time.

Another Fort Worth historic treasure is The Burnett House that was built in 1887 for cattleman and rancher Samuel Burk Burnett. The home was made with hand-hewn logs that were found on the land, brought to the site by oxen. This historic Fort Worth house has been restored to its original chic appearance—and is now open for tours.

Queen Anne Victorian in downtown Fort Worth is located at 812 W. 10th St. and was built in 1895 by Alfred Gage, a prominent cattleman during the days of Cowtown. This home has been featured on the National Register of Historic Places and designated as a Recorded Texas Historic Landmark.

Another historic home in South Side was built during the same time period as the Graham House and is located at 1827 Pennsylvania Ave. and was designed by famed Fort Worth architect Alfred Giles. This Dutch Colonial Revival-style home has been featured on the National Register of Historic Places and is now part of a bed and breakfast destination.

The Kimbell Art Museum - is one of the finest facilities in the world dedicated to art from classical antiquity to the early twentieth century. The museum houses more than 300 masterpieces, including paintings by artists such as Botticelli, Caravaggio, and Degas as well as sculptures by artists such as Rodin.

The Modern Art Museum of Fort Worth - is a world-class museum that features works from the twentieth and twenty-first centuries by influential artists including Picasso, Gauguin, Warhol, and Lichtenstein. The Amon Carter Museum of American Art showcases some of the best examples of American art in the world, including paintings by Rembrandt Peale, Thomas Moran, and Georgia O'Keefe.

The Zoo - The Fort Worth Zoo is known as one of the best zoos in America and offers a variety of exhibits including an Asian elephant habitat and a gorilla preserve in Congo: Africa's Lost Eden. The zoo also features a reptile house with crocodiles, cobras, and turtles as well as a children's zoo where kids can meet animals from neighboring farms.

Botanic Garden - is a 55-acre facility that features over 4,000 species of plants from around the world, including rare and endangered specimens. The garden has earned recognition from the American Public Garden Association for its work in conserving plants and promoting education.

River Oaks is an affluent community located within the state's largest city, Houston. Stretching for 13 miles along both sides of Brays Bayou through the heart of the city, the neighborhood is among one of its oldest, with much of its original housing stock having been built in the 1920s and 1930s. As time passed, many significant events contributed to improving it as a premier suburb of the city.

In 1927, River Oaks Corporation began construction on the neighborhood with plans for a "stately residential subdivision." Within just a few years, River Oaks developed into one of America's first master-planned communities. The community was developed by Mike Place and designed by Hare & Hare, two of Houston's most prolific homebuilders. The neighborhood was marketed to wealthy Houstonians, featuring stylish mansions with lawns sweeping down to the bayou. River Oaks is known for its imposing oak trees and graceful landscaping.

Dallas, Texas is a city that is less than 40 minutes from Fort Worth. It is consistently ranked in the top 40 most populous cities in the United States, yet it trails behind its more famous neighbor to the south when it comes to culture.

Dallas has a rich history and is the birthplace of American Airlines. Dallas is also home to many world-class museums and memorials, such as the Sixth Floor Museum. The city is one of the top ten art districts in America, with too many galleries to count on your fingers. It is also home to Fair Park, which boasts 100 acres of recreation grounds. Fair Park also includes several museums, including the Dallas Holocaust Memorial Museum.

Denton has a rich history and modern appeal. It's located in the center of Texas' two largest metropolitan areas, making it easy to get anywhere else in Texas from there - whether you're visiting or moving out for good.

Denton is home to two major universities with a large number of city attractions located in the college area. The UNT and TWU campuses, as well as Denton's Downtown area, are hotspots for students and non-students alike.

It is home to countless live music venues and bars, retail shops, and restaurants that offer almost any sort of cuisine imaginable and unique shopping experiences. One can find a church on nearly every corner, and the city is constantly hosting city-wide events. Denton has an eclectic combination of cultural interests, events, and people that work to form itself into something more than just another small town. In a nutshell, Denton is a town that caters to the young and old alike - but especially those in between.

Living in Fort Worth

Living in Fort Worth, Texas is an extremely enjoyable experience. It is a large city in the state of Texas surrounded by many things to do. It has a rich history, fun activities, and nice people. Fort Worth has a lot to offer, but it still remains an affordable place to live.

Jump back to Fort Worth TX Historic Homes Listings >>>

View All Homes For Sale in Fort Worth TX >>> 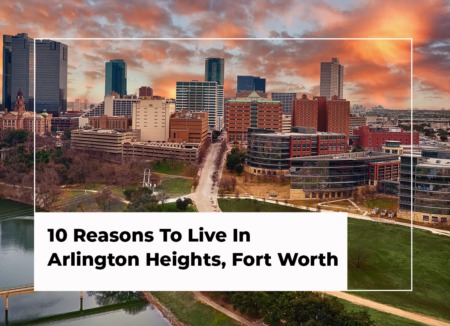 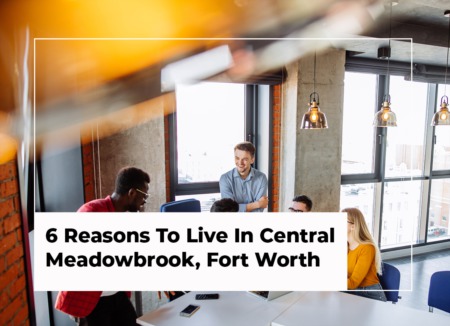